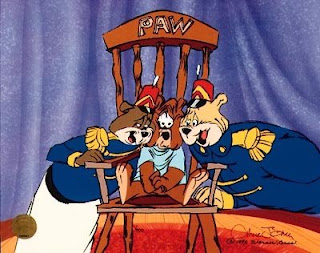 Hello Valued Listeners !
Grits Radio and the Zorchman are at it again.
This Sunday, June 21 2009,Zorch will be a guest on Grits radio for a special father's day show
on WBCQ Radio's AREA 51(5110 megahertz on your shortwave radio) at 6:30-7:30pm EDT.
And a SPECIAL THANK YOU to ALL that make Area 51 possible.Please go to http://www.worldmicroscope.com/
Contribute via PAYPAL if you can,lets keep this fun going.
After that time slot, we will continue on the Grits Radio stream.
We will be taking phone calls also
The link to listen live is here,
http://www.splatterbox.us:8910/
( my regular stream ) just click on listen.
this show will be saved and offered for download.
ENJOY !
Link to Grits Fathers Day Show 2009 : http://d01.megashares.com/?d01=1348613

There are also some 2 1/2 Hrs of after hours music and madness which can be had soon.
Lucky you ! You will soon be able to listen to the entire evening's "strangecast".
And here they are ! Mostly music as Grits Radio normally (?) is.
link to after hours : http://d01.megashares.com/?d01=b3a3e8c
Posted by bradread1 at 3:14 PM No comments:

The Firesign Theatre Presents "The Giant Rat of Sumatra" 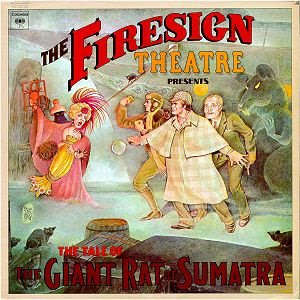 The Tale of the Giant Rat of Sumatra is a comedy album recorded by The Firesign Theatre and released in early 1974 by Columbia Records.
This Post is for Captain Ganga !!!

Following a rather disjointed string of solo projects and anthologies, this was the group's first album to consist entirely of a single cohesive narrative since I Think We're All Bozos on This Bus. This began something of a second wind that would continue with Everything You Know Is Wrong and In the Next World, You're on Your Own before the group finally ended its association with Columbia.

The lighthearted tale is full of puns, including a running gag in which Flotsam, eager to chronicle the adventure, tries to write down everything Stones says but mishears it all as something similar-sounding; for example, "rattan-festooned" is written down as "rat-infested." Allusions also are made to Sherlock Holmes's use of cocaine (though it is referred to as cocoa) "Stones,you snowball!", his violin playing, and other familiar story elements.

The members of the group take different attitudes towards this album. In the liner notes to Shoes for Industry: The Best of the Firesign Theatre David Ossman is cheerful when discussing it and says that "I always thought it was the closest thing to the relentlessly pun-filled one-acts we did in clubs." In fact, an earlier bootleg version is not only closer to the spirit of their nightclub performances, but is strikingly reminiscent of The Goon Show, which was one of the group's main inspirations. It bears almost no resemblance to the version that was finally committed to vinyl.

Phil Austin, on the other hand, says "The Sherlock Holmes album didn't do anybody any good . . . the general public was by that point beginning to tire of psychedelia anyway, and we were unfortunately always going to be associated with that."

The review in 1983's The New Rolling Stone Record Guide tends to agree with Austin and calls this album "A halfassed comeback containing only one good joke."

Welcome to the Grits Radio Blog
i will post an eclectic mix of music and radio shows you will not hear anyplace else.
I try to offer out of print or extremly hard to find stuff.
If you like what you hear,look on your player and support the artist you see there.
listen to grits radio and other fun offerings here:
http://www.splatterbox.us:8910/
click on listen,Remember,WINAMP is the player you need.free download,if you dont have it,get it.
I also recommend VLC (http://www.videolan.org/) as a player to install to listen to Grits Radio. It runs on MS Windows, Apple, linux, and unix, and plays pretty much any kind of A/V media you throw at it. It's completely free and will remain that way.
this is all fun,so remember that ,if you are offended,turn your dial.
Please leave comments,it is nice to hear from you.
Please contact us at gritsradio@pmlol.com if any links are dead and i will provide a new one.
Thanks again !
mibbit-irc.taphouse.org-server,nick and channel #area51

Brad and Val at Sturbridge 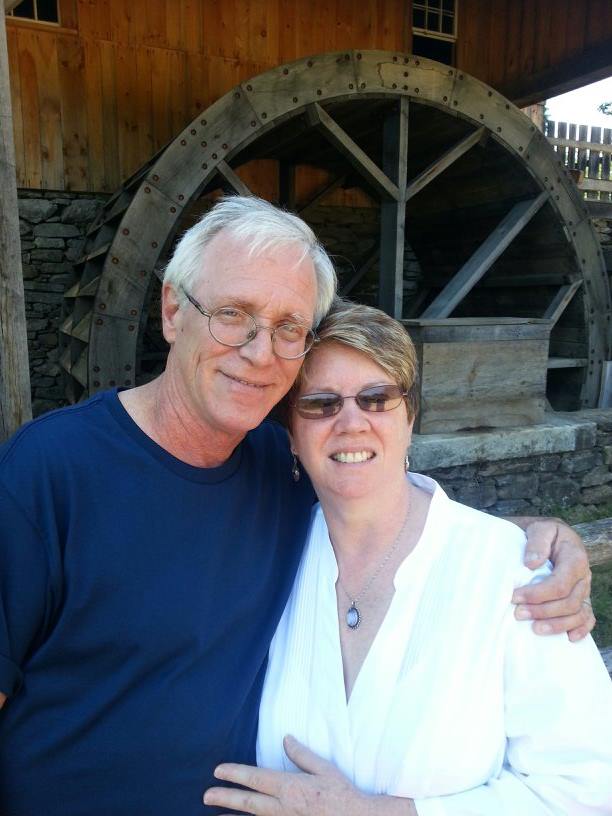 Brad and Val at Sturbridge